Get the latest Section2basketball.com Girls computer generated player rankings through the END OF REGULAR SEASON games.

The players listed below are ranked by a computer generated formula that I’ve created. THEY ARE NOT MY OPINION. They are based on LIMITED player statistics. What I’ve tried to do is create something that will take into account a players scoring, his team’s overall performance and factor in the percentage of his points versus his team’s total point total.

The rankings are not perfect….but they do give a pretty solid indication of which players will headline local conference All-Star teams and may suggest which players are capable of playing at the college level. Each year the rankings are in line with the top players throughout Section 2.

What I’ve tried to do is have the player’s team success be an important factor along with their point production towards that success. Players listed below have scored 8% or more of their team’s total points. Any player that is below that threshold isn’t ranked. There are almost 400 players listed.

**NOTE: The player rankings are part of the site’s premium membership. 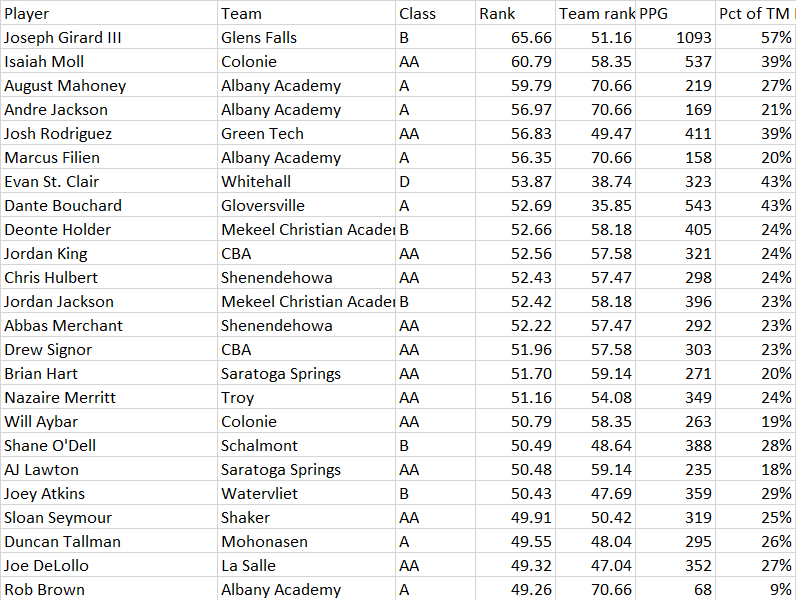