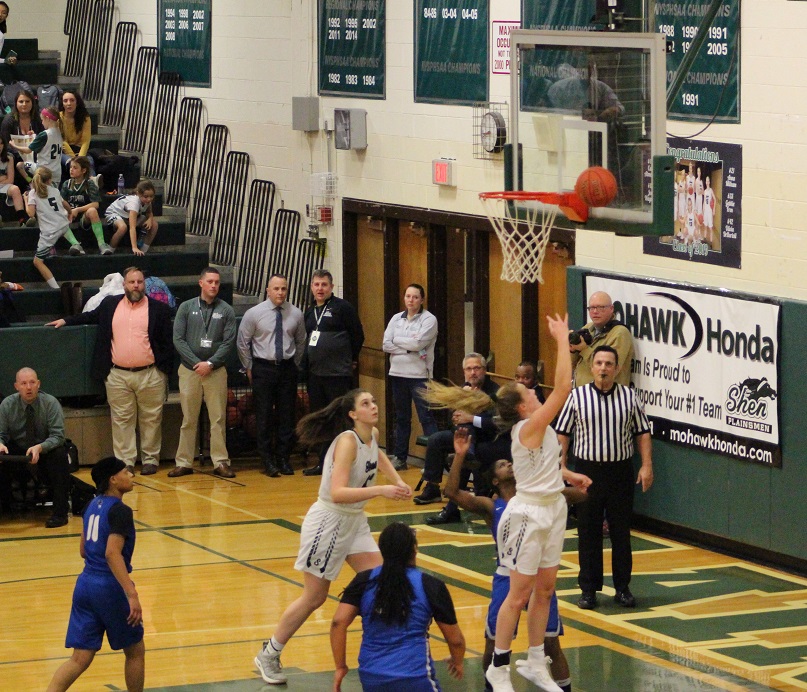 Check out the latest bracket projections using the updated Section2Basketball.com computer rankings. Each tournament takes into account each team’s current ranking and their current path to the title. Teams are broken down into 4 different categories based on their overall chance to win it all according to the rankings. They are as followed:

Here are the pre-tournament numbers for the Sectional winners and runner-ups from last year. You’ll see 3 of the 4 categories made it to the finals (Favorite, Contender & Dark Horse). Including a #6 seed Dark Horse in Voorheesville that captured the Class B crown. I would love to see a pre-tournament “Long Shot” make a run in one of the tournaments this year.

I’ll post some thoughts on each bracket above the charts.

-Shenendehowa is a pretty solid favorite according to the computer rankings. They also suggest the top 4 seeds should advance to the semi-final round with Saratoga and Albany as top contenders. The Colonie/Guilderland quarter-final game projects as a competitive #4 vs #5 match-up.

-Averill Park and Queensbury are the favorites in Class A. Amsterdam and Holy Names look like they could reach the final if they can pull an upset over the top 2 seeds. Gloversville is always dangerous as well paced by top scorer Harmony Philo.

-Good luck predicting this classification. Nine teams, yes nine, loom as possible teams to capture the title according to the numbers. In fact 12 teams fall within 10 points of the top team in the rankings. I can’t remember anytime where a classification has been this bunched up at the end of the season since I started running these numbers 10+ years ago. The top half of the bracket with #1 Tamarac looks especially tough for those 8 teams.

-Last year’s champ, Cambridge, is the favorite to repeat. They are paced by Sophie Phillips, Lilly Phillips and Fiona Mooney, all sophomores. They will however face a tough bracket with teams like Hoosic Valley, who gave Cambridge their only regular season loss, Maple Hill, Lake George, Warrensburg, Hoosick Falls, Greenwich and Berne-Knox. Lake George may be the best #6 seed I’ve ever seen in any tournament. They’ve won 16 games in a row, after a tough start, and has recently beat #4 Warrensburg twice. The possible 2nd round match-up between Maple Hill and Lake George is bonkers for a quarter-final game. The committee didn’t do either team any favors with that potential tilt early in the tournament.

-Hartford, last year’s runner-up in Class D, and Fort Edward are the favorites. After that 3 other teams, North Warren, Bishop Gibbons and Heatly look like they may make some noise. Short of the top 2 seeds being knocked out before the final, nothing would surprise me as the rest of the classification seems fairly even.