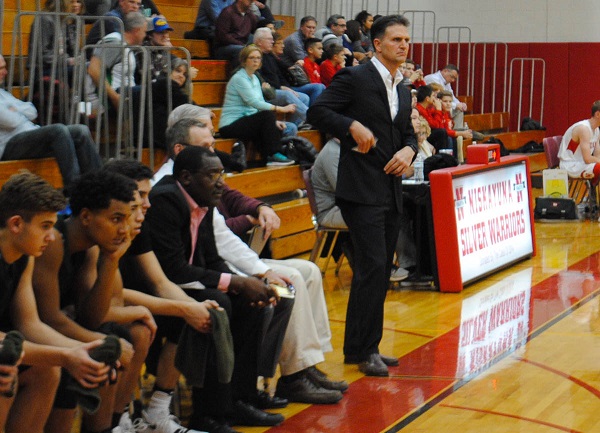 The Shenendehowa Boys team are currently the top ranked team in the, highly competitive, Boys Class AA computer rankings through 1/1/18 games. Here’s the link to the current section2basketball.com computer rankings.

The rankings take each game result into account and they factor recent results a bit higher. They are also meant to project an outcome of a game if 2 teams played today. The rankings are only as good as the information I have in the database. If I don’t have all of a team’s scores, versus other Section 2 teams, the ranking may be slightly skewed for that team. Help us and report your scores to info@section2basketball.com or tag us on twitter @section2hoop.

Shenendehowa, Troy, CBA, La Salle and Saratoga are currently the top 5. However 7 teams are within 5 points (2 possessions!!) of each other. It’s the most competitive class among the top teams (boys or girls) in Section 2. Stay tuned as each week the teams get scrambled, in the rankings, as they continue to beat one another.

Shenendehowa, Saratoga and Colonie are the top 3 right now. Shaker, Catholic Central, Bethlehem and Albany are all good teams as well.

Mohonasen, Lansingburgh and Amsterdam are the teams to beat. Queesnbury, Gloversville and Averill Park are the next group of teams right below them.

The Averill Park Warriors are the top team and won the their last 2 games over Class AA teams, Shaker and Colonie, both by double digits. Holy Names, Amsterdam, and Scotia are in the next tier below the Warriors. Gloversville and Queesnbury continue to play solid basketball.

No changes from last week as Mekeel Christian, Glens Falls, and Watervliet are currently the top 3. Hudson, Catskill and Schalmont can beat anyone on any given night. Schuylerville, Cobleskill and Bishop Gibbons are also dangerous in this classification.

Tamarac remains the top team in the classification but was upset on their home floor by a tough Voorheesville team. Glens Falls, Mechanicville, Voorheesvile and Watervliet round out the top 5.

****NOTE in previous blog posts I had Mechanicville listed as a Class C team. They moved to Class B this year. My apologies for the confusion.

Lake George is still the top rated team in Class C but was pushed hard by #2 Hoosick Falls this past week. Hoosick Falls, Middleburgh, Granville, Duanesburg, and Saratoga Catholic round out the top 6 rated teams.

Cambridge and Mekeel Christian are clearly the top 2 teams in Class C. Below them are 10 teams grouped together that will look for top 3-4 seeds in this class when sectionals arrive. It will be interesting to see which teams continue to develop in the 2nd half of the season. It’s wide open below the top 2.

Argyle. Oppenheim-Ephratah/St Johnsville, and Whitehall are the top 3 teams. Fort Ann, Germantown, Northville and North Warren continue to fight for the #4 seed in Class D.

The top 5 teams right now are Argyle, Fort Edward, Fort Ann, Heatly and Hartford. Those 5 are starting to separate themselves from the next group of teams.