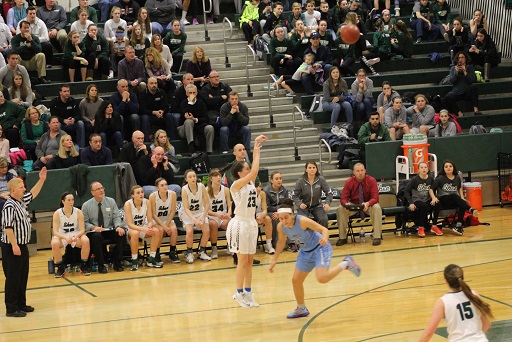 The Shenendehowa girls team is finding its stride after an early season loss to Saratoga and sit atop the Girls Class AA computer rankings through 12/23/17 games. Here’s the link to the current section2basketball.com computer rankings.

The rankings take each game result into account and they factor recent results a bit higher. However, they are very volatile at this point based on only a few early season results. They are also meant to project an outcome of a game if 2 teams played today. The rankings are only as good as the information I have in the database. If I don’t have all of a team’s scores the ranking may be slightly skewed for that team. Help us and report your scores to info@section2basketball.com or tag us on twitter @section2hoop.

Still no real separation from the top teams. Shenendehowa, Saratoga and La Salle are currently the top 3 but 8 teams are within 6 points of each other.

Shenendehowa has looked like the defending Class AA champ, since its loss to Saratoga, and has a solid hold on the top girls team in Class AA. Shaker, Colonie and Saratoga are right behind them and continue to play great basketball.

Mohonasen, Amsterdam and Lansingburgh are currently the top 3 teams. Teams like Queesnbury, Averill Park, Gloversville and Scotia look like contenders as well.

Averill Park continues to play outstanding team basketball and are the prohibitive favorite to repeat in Class A. Holy Names, Amsterdam, Scotia, Gloversville, and Queesnbury are battling to figure out who is the 2nd best team in Class A.

Mekeel Christian, Glens Falls, and Watervliet are currently the top 3. Hudson, Catskill and Schalmont are right below them. Schuylerville, Cobleskill and Bishop Gibbons are dark horses in this classification.

Tamarac continues to be the top team with Glens Falls right behind them. Watervliet is playing great as well after starting the season slowly.

Cambridge, Mechanicville,and Mekeel Christian are the top 3 right now. Greenville and Lake George are teams that the top teams don’t want to see in their bracket in February.

Argyle. Oppenheim-Ephratah/St Johnsville, and Whitehall are the current favorites. Fort Ann, Germantown, North Warren and Northville are in the next tier below the top 3.